The Joys of Pasta 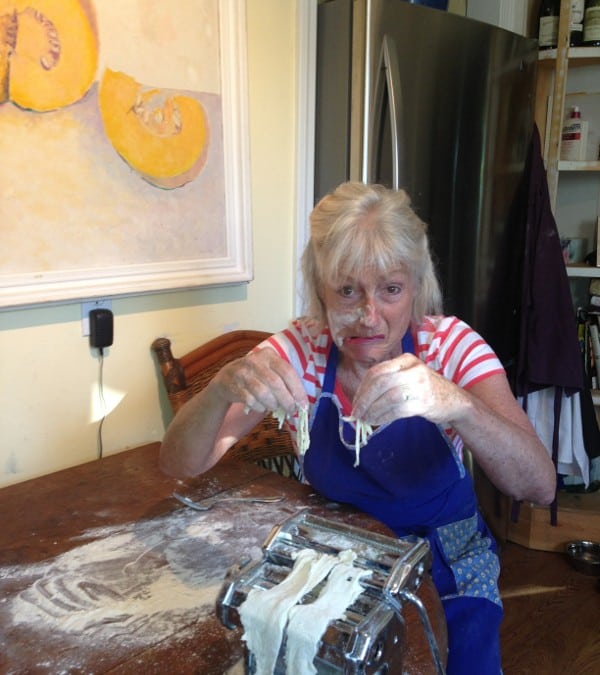 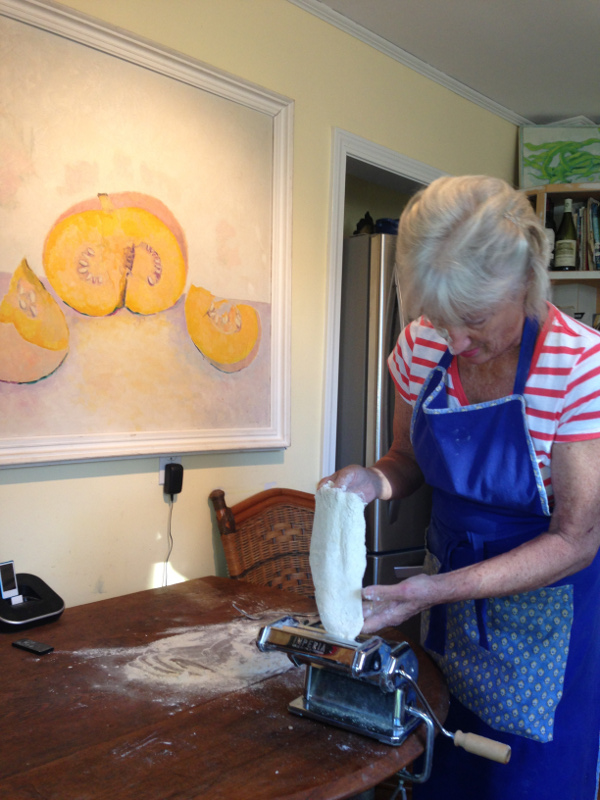 My “first” time was at our home in Provence about fifteen years ago. My husband, Mel, had given me this neat little hand-cranking Italian pasta machine.  The machine did all the hard work of kneading and rolling the pasta for me. This was a good thing as I had been pruning 50 plus olive trees and 5 acres of vineyard that had resulted in really sore shoulders and wrists!

The first thing I did, though, was to call an Italian cousin in Naples.

“Pasta making is pathetically easy,” he assured me.

“You mix 2 cups semolina flour with 1 cup unbleached plain flour in a bowl and a pinch salt.  Then you tip it onto a floured board and pile it up and make a well in the center. Add 2 large eggs and 2 egg yolks and 1 teaspoon olive oil  and then using a fork just start by beating the eggs and incorporating the flour little by little with a circular motion of the fork until it has congealed into a ball.  Knead it a couple of times and then let it rest for an hour in the fridge, roll it through the machine as per the instructions and presto!  You can also do it with one egg or a single egg yolk or without the eggs but add water instead to form a ball.”  He added as an afterthought “You can, of course, use a food processor.  Put the dry ingredients in then break in the eggs, water and olive oil and pulse it quickly adding water until it forms into a ball,  remove it and knead it on the table for a couple of minutes.”

It all sounded so incredibly easy! I followed his instructions using my food processor.  After I relaxed the dough, I clamped the pasta machine onto the table and fed it into the widest setting.  My fingers immediately got caught in the rollers but I soldiered on!  I eventually successfully rolled the dough through this setting 10 more times.  Then I reduced the width of the rollers bit by bit until I had a 2 foot sheet of perfect pasta.  I attached the fettucini rollers to the top of the machine and fed the sheet into the blades.  It went sideways immediately and all the ribbons fell onto our gritty farmhouse floor.  I started again. On the next attempt, the dough was too dry and fell apart into crumbles at the first rolling.  I started again. The third time the dough sheet was again perfect and pliable.  I fed it very carefully into the fettuccine cutters.  It glued to them like cement and I couldn’t even turn the handle.  I took half an hour cleaning out the blades with a paring knife and pastry brush and started again. 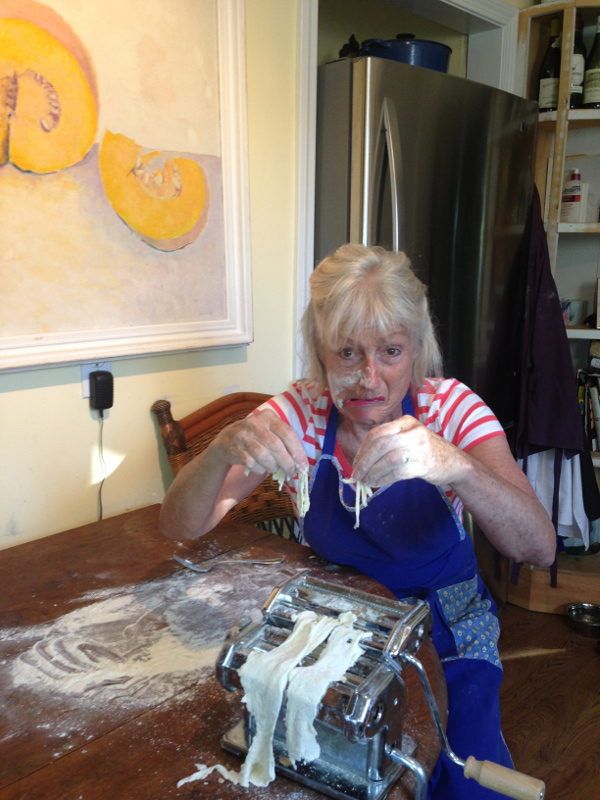 Three hours later I had perfect ribbons of fettuccine on the table.  I dusted them carefully with semolina flour and cut them into 12″ lengths.  Then I hung them over a clean broom handle which I had secured between two chair-backs with string.  I now felt like an Italian mamma!

I made a divine fresh tomato and basil sauce and thankfully sped upstairs for a rewarding bath.  Clean and refreshed, I was presented with an ice- cold glass of  ‘rose’  by my beaming husband and I put the water on the boil and the bread in the oven.

I accidentally brushed against one of the chairs and the broom handle fell onto the floor.  My fettucini shattered into a thousand pieces.  Our dog, Bodger, devoured it off the Provencal tiles in less time than it took for my heart to start beating again!

Babbling crazily like a madwoman I grabbed a packet of emergency dried pasta and threw it into the gurgling cauldron (was it laughing at me?). It was at least a month before I tried it again but like everything else, practice makes perfect.

Overcooked pasta can turn into rush matting as if by magic.  And fresh pasta, unlike dried pasta, can overcook in a nanosecond.  You can’t disguise overcooked pasta, but you can create heavenly dishes from it!

A. Cut long pastas up into 2 inch lengths.  Toss the pasta in prepared Bolognaise, tomato sauce, or other liquid sauce (a can of chunky soup or chowder is also good).  Place in an oiled shallow oven-proof dish or pasta bowl.  Sprinkle some grated cheese, toasted bread crumbs, or even herbed and spiced oatmeal.  Place under the broiler until golden brown.

B. Cut up your pasta into 2 inch lengths.  Pour a can of crushed tomatoes and a tablespoon olive oil or butter indeep-sided pot.  Add some fresh herbs or prepared pesto.  Boil rapidly over high heat, stirring constantly, until the juice has evaporated and the tomatoes hiss and just begin to stick to the bottom of the pot – about 3-5 minutes.  Remove from heat and stir in a tablespoon or two of milk, sour cream, unsweetened whipping cream, or yogurt.  Mix into pasta and place in oiled shallow oven-proof dish, sprinkle with cheeses or crumbs and broil until golden.

Press the overcooked penne down firmly into oiled molds (even teacups will do).  Keep warm in a ‘bain marie’ (roasting pan half filled with hot water) cover with foil and place in warming oven until ready to serve.  Turn out on to the pasta plates, top with your prepared sauce or meat/fish.  Garnish with a large sprig of a fresh herb in the center of the mold  (basil, Italian parsley, fennel ‘fronds’ or carrot tops).

Overcooked pastas to serve with seafood

If you had planned to serve seafood with the pasta, mix the overcooked pasta with a can of a complementary soup such as clam chowder, oyster soup, or lobster and crab bisques or bottled clam juice – enough to keep the pasta separated.  Warm the soup or clam juice up first with 1/4 cup of white wine or a teaspoon lemon juice.  Add some cayenne pepper and a little grated parmesan or salty cheddar or goat cheese.  Toss in the pasta and pour into a shallow heat-proof dish then broil until golden brown.

Overcooked pastas to serve with meat

Combine a complementary canned soup like black bean, lentil, or ham with a 1/4 cup red wine or 2 tbsp Balsamic vinegar. Mix in the pasta and meat. Sprinkle with cheese or toasted bread crumbs and heat up in oven 450F until hot and browned.

It’s almost impossible to undercook fresh pasta, since it takes only a minute or two. Dried pasta is easier to undercook as it takes much longer to reach the “al dente” (biteable) stage.

I always add a tablespoon or two of olive oil to pasta water.  The oil coats the pasta, preventing the starch from sticking the strands together.  Both fresh and dried pastas should be cooked in very salted water (almost like sea water) and must be watched carefully so they won’t overcook.  Test doneness by taking out a single strand.  If it’s just barely ‘al dente’, immediately remove the pot from the heat and rinse the pasta in cold water to prevent further cooking. 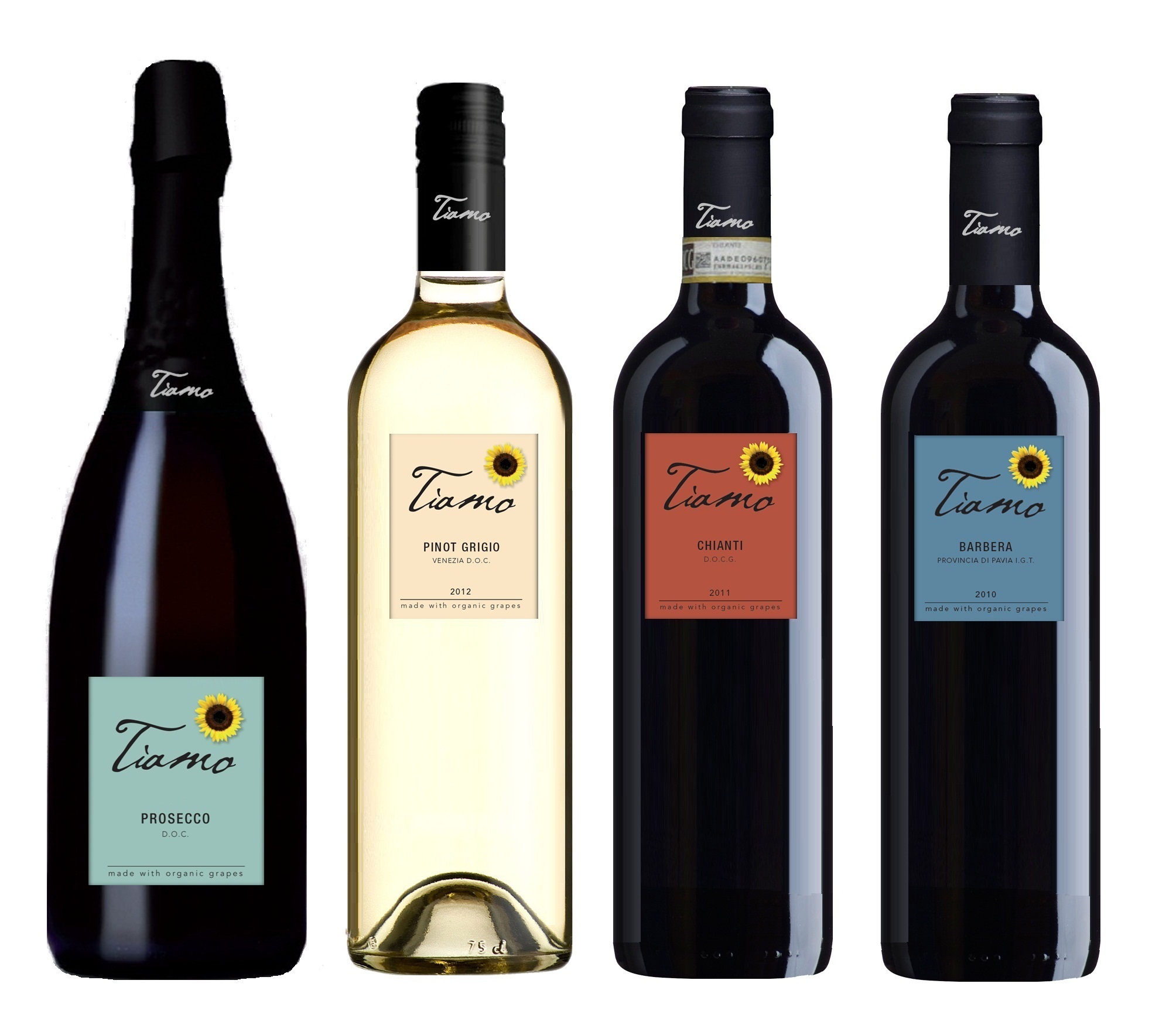