Living in Aix en Provence, France in 1971, we didn’t celebrate Thanksgiving but always had a party for our French friends around that date. Mel and I got a call in early November, from our friend, the famous French chef, Paul Bocuse from Lyon saying that he plus Pierre Troisgros from the great Troisgros restaurant in Roanne and yet another super star chef, Roger Verge from Mougins in Provence were passing by Aix en Provence and could they drop in for dinner on what in fact was Thanksgiving day in the US.

“Bien sur,” said Mel much to my absolute horror!  How was I supposed to feed these great Masters of the culinary arts?  Petrified, I decided that I could never compete with their creative geniuses and so I prepared, instead, a classic British meal.  I was nervous for days before the occasion.  At last the fateful time arrived and my stomach was churning in anticipation.  I started with potted shrimps (tiny shrimp covered in melted butter seasoned with allspice and cayenne pepper, cooled and eaten on toast) and smoked Scottish salmon.  I followed it by simple Dover sole meuniere and finally a glorified Shepherd’s pie in a huge pottery crock to have with a magnum wonderful Bordeaux that we had kept in our cellar for such an occasion. As Mel poured out the decanter of delicious claret there was a crash in the kitchen.

“But of course, darling!”  I lied in a wavering voice.  I had dropped the scalding shepherd’s pie dish onto the kitchen tiles and shards of pottery were now mixed into the pie.  With pounding heart I swabbed up the mess and then, in a panic, searched for something, anything English, to replace my main course.  I grabbed some of the children’s English pork sausages that we had brought down from London two days before.  I threw them onto the grill and with a sigh of relief I realized that the mashed potatoes I was going to put onto the pie were still in another crock in the oven.  While they were cooking I put a bottle of Heinz ketchup and Coleman’s English mustard onto a silver tray and carefully placed it in the center of the table.  Running back to the kitchen I heard much mirth from the famous chefs as they discussed the weird British taste for bottled sauces.  I put mounds of extra buttery potato onto a serving plate and stuck the sausages into the top like so many phallic symbols!  It was a huge hit!

We finished with a Christmas favorite – English plum pudding and brandy butter. What followed was much hilarity and a dreamy afternoon of amazing stories from their bottomless supply of experience and genius, humour and creativity.  It is the only time in my life that I had three chefs with three Michelin stars each at one sitting.  I don’t think I ever wish to do it again.

The Master Family sincerely wishes you and yours a Happy Thanksgiving! 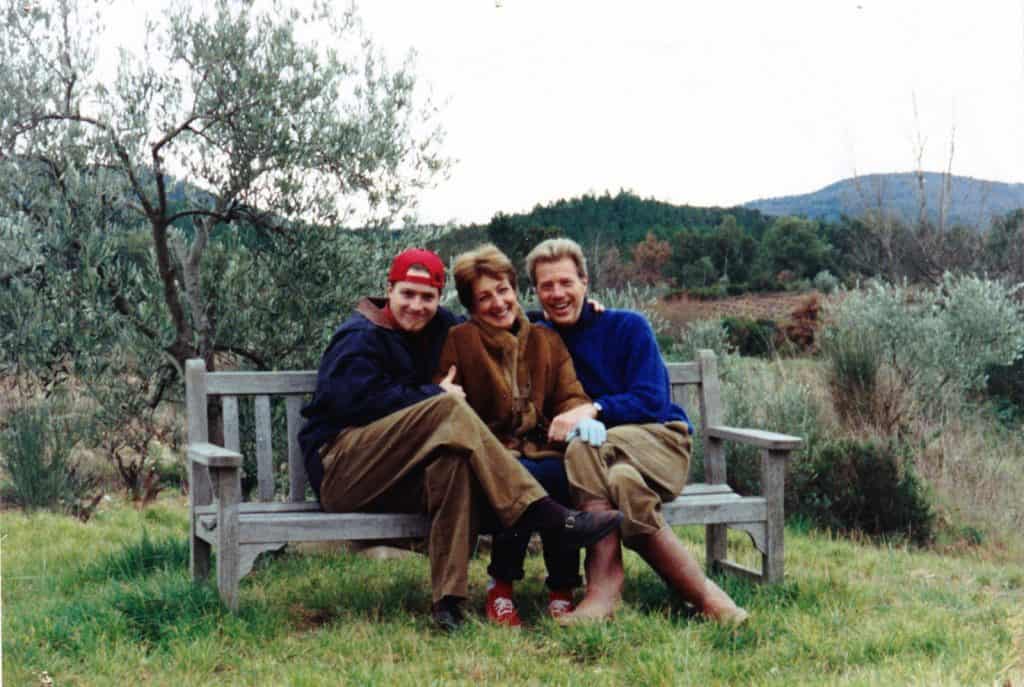 Warm, rich and packed with flavor. A gorgeous Rhone perfect for the big bird!

Elegant, soft and fruit forward. Like a little Burgundy!

A little known gem from the Languedoc region of France. Packed with flavor.

A lovely bouquet of Fresh baked apples and pears and a crisp and dry taste with lots of fruit.