Masterwines was started by Mel and Janie Master in France in 1990 when its main business was sourcing great value wines from the Languedoc region of the south of France. Today, the company which also includes the national sales director, Charlie Master, produces wines in Italy, France, California, Washington, and Oregon, and is a partnership with the national importing firm of Winesellers Ltd based in Chicago, Illinois. 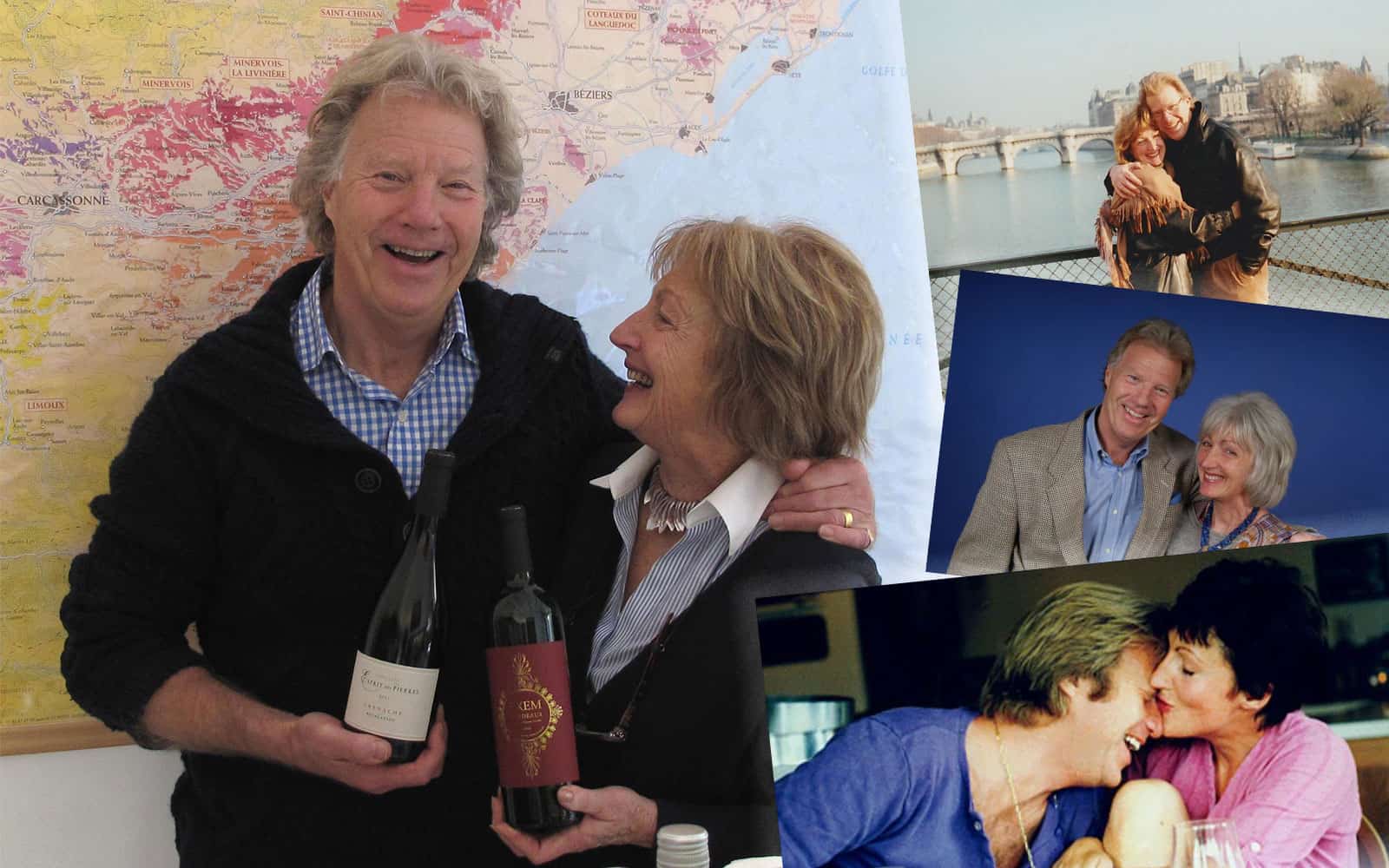 Mel and Janie are from England but are both now US citizens. Mel has been in the wine business ever since leaving school and he met Janie when they were only twelve and thirteen (she played the piano and he played the guitar!) and as they grew up together, they shared a passion for food and wine. They married at 19 and 20.

The couple left England to live in France in 1970 and started a company called Master Wines and began selling little known French wines in the USA. Mel was a pioneer in bringing great wine values to the USA from France.

In addition to promoting small estates from the South of France and pioneering the wines from the Rhône Valley, Mel was also the person who introduced and promoted the wines of Georges Duboeuf in the USA.

The Wines of the Côtes du Rhône

While living in France in the 1970s, Mel also coauthored the first major work on the wines of the Côtes du Rhône. It was published by Faber and Faber and the coauthor was John Livingstone Learmonth. Mel became one of the foremost authorities on the wines from the Rhône and Southern France.

In 1980 Mel and Janie left France and took on the task of opening and setting up all the marketing and PR for the new Jordan winery in Sonoma County, California, and Mel has been credited with the initial marketing success of Jordan. Mel was involved with all aspects of the winery from production to sales and marketing.

After the success of Jordan, Mel and Janie left California for New York and got together with friend Jonathan Waxman (who was the first chef for Alice Waters at Chez Panisse in Berkeley, California) and opened Jams (Jonathan and Melvyn’s). It was one of the hottest and most successful restaurants of New York in the 1980s and the first Californian style restaurant. Mel and Jonathan also opened Buds and Hulots in New York and later Jams in London. They sold the restaurants in the late1980s and Mel and Janie returned to France.

Mel started work again in the wine business in 1992 and introduced a line of varietal wines from the Languedoc district of the South of France into the USA market under the label Les Jamelles. He was the first person to start promoting and selling single varietal wines from France. He sold Les Jamelles in early 1996 and two years later began Tortoise Creek.

Mel’s Bar and Grill in Denver

In early 1995 Mel, Janie and their son Charles also opened Mel’s Bar and Grill in Denver which was named by Esquire magazine as one of the top 25 new restaurants in the USA and was featured in a 5 page article on the restaurant in the February 1998 issue of Food and Wine magazine. Mel’s was also acclaimed in Gourmet, Bon Appetite and other national publications.

In 2006 Mel and Janie were awarded the coveted Silver Spoon award from Food Arts magazine for services to the wine and food industry.

Mel and Janie, together with their son Charlie, now spend their time sourcing and promoting the family wines of Tortoise Creek, Tiamo, Le Charmel, Exem, Mont Gravet and Kin & Cascadia. Find out more about these wines under “Our Wines”. 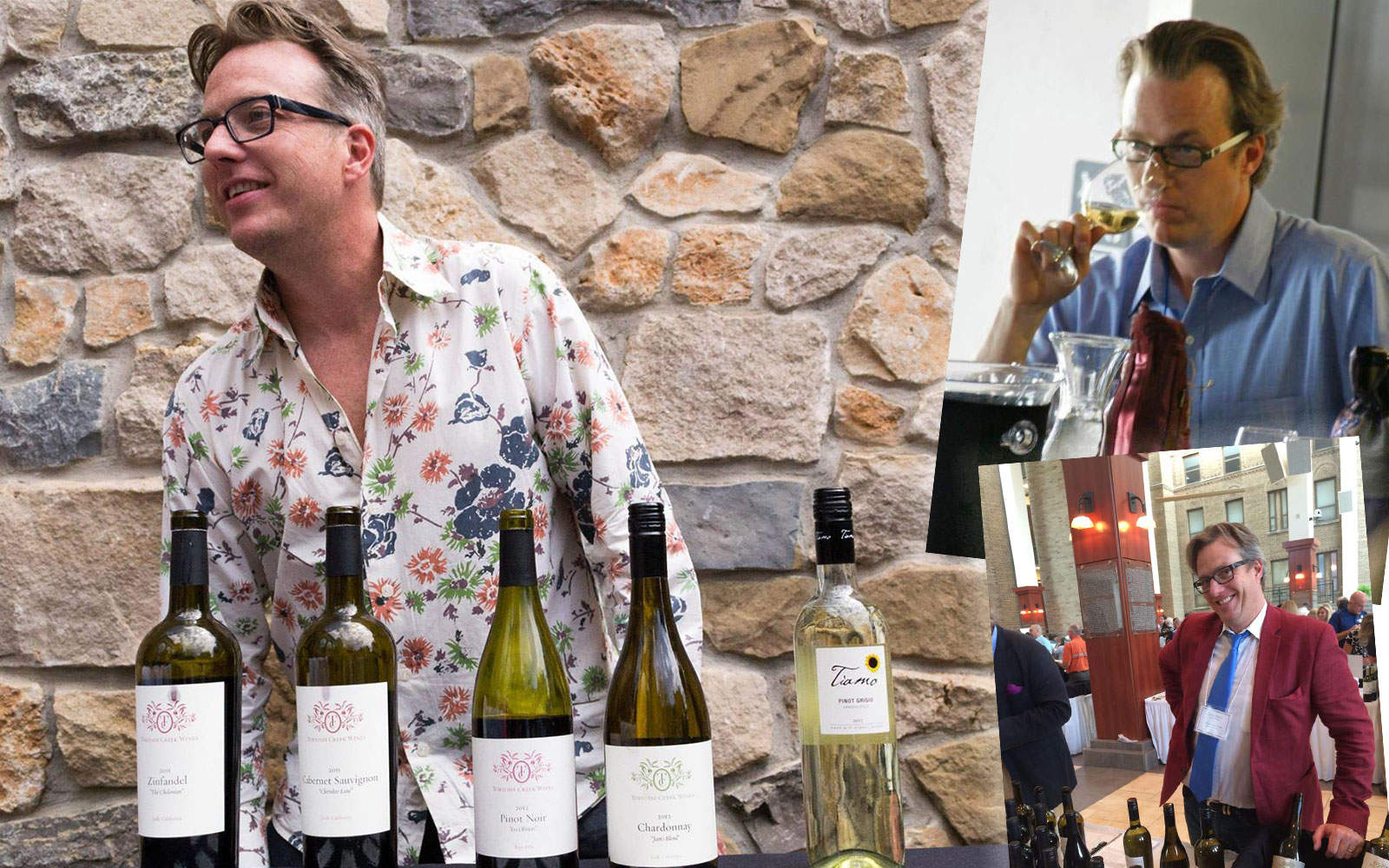 ,Charlie Master was educated in France, England and the USA. After leaving school he went to work at the famous Bordeaux wine estate, Château Prieuré-Lichine in Margaux, to learn all the aspects of the wine trade. He also worked very closely with his father in helping to develop the family wine brand “Les Jamelles” from the Languedoc and which went on to become one of the most successful line of wines from France.

After leaving Bordeaux, Charlie started his own wine brokerage business in France. After two successful years, he sold the business and moved to the USA to follow his other great passion which was food and the hospitality industry. He ran a small retail wine shop in Los Angeles for a year and then moved on to Aspen Colorado to help manage and buy the wines for the famous Caribou Club.  Charlie then opened his own restaurant, Brix bistro and wine bar in Denver Colorado, which immediately became of hugely popular but after three very successful years, he was persuaded by his father to sell Brix and return to his first love of wine and the family business, Master Wines.

Today, Charlie is the managing partner and national sales director for the company and lives in Elliot Maine when he is not traveling to different parts of the USA promoting the family wines and working with local wholesalers.

Charlie is also a great chef and does dinners for customers and their clients throughout the USA.

Winesellers, started in 1978 is one of the most successful national importing companies in the USA. They represent wines from all over the world. The company is owned and operated by the Sager family who have been close family friends with the Master family since their founding in 1978.